Since 2017 Shane Spiers has been the founder and Principal Coach of Summit SCALE® Coaching. He coaches small to mid-sized owner-managers across the globe to increase their profits year-on-year, build effective teams to help them run their businesses and get time back for themselves.

Shane has coached in a broad range of sectors including, amongst others, agriculture, arts, healthcare, energy, professional services, real estate, construction, technology, and manufacturing. Shane uses a globally proven business coaching system developed by a network of the best of the best coaches working in 1000s of businesses around the world.

From 2012 to 2016, as CEO, Shane led a group of seven SME companies, managing the combined revenue growth of 300% in one year and ultimately selling two of the companies for a multi-million sum in a single deal. During this period he led the turn-around of financial performance from a £1.8m loss to £350k profit in 18 months and mobilized an £85m contract for the provision of support services to the UK Border Agency.

Between 1999 to 2011 Shane was part of a leadership team that a real estate business 2000%, from SME to FTSE 250 company in 8 years. As Managing Director – Operations he was responsible for a £240m revenue business unit with £1.83 billion of real estate assets under management and led a team of over 1000 people operating in 135 sites in 23 cities. During this time he oversaw the turn around of business unit performance from £400k loss to £11m net operating profit in two years.

Shane is a devoted family man and loves reading titles on business leadership and management and as a former helicopter pilot all things aviation. He holds a masters degree in coaching and development. He enjoys outdoor pursuits including hiking, sailing, skiing and fly-fishing. Being a kiwi he loves his rugby and cricket!

Due to Shane’s experience with providing housing and support services for Asylum Seekers and Refugees on behalf of the UK Border Agency, Summit SCALE® Coaching supports UNHCR | UK – The UN Refugee Agency. Click the button in the right sidebar to learn more about the work of this organization. 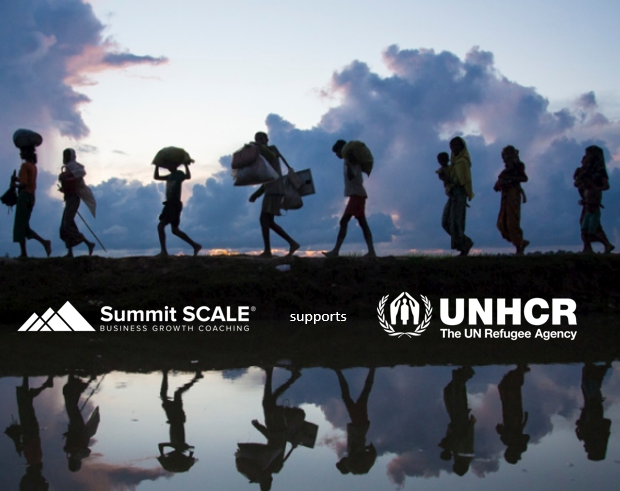